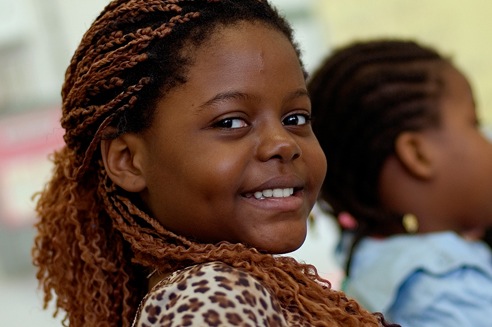 What are key elements of a bullying prevention and intervention plan?

SCENARIO: There are a number of Aboriginal students of Métis descent in your school, including one (Student 1) who is in your classroom. You have overheard a number of racist insults made against your student about his heritage. You have observed that the Métis students often spend time together, in spite of their age difference. Other students do not play with them, or pick them for teams, and often avoid working with them on projects. Student 1 avoids working with other students on projects. The parents of your student have approached you about the possibility of removing their son from the school, and sending him to another one in another community.

1You and the principal ask the parents of Student 1 to a meeting with the school social worker. You all listen as the parents express their concerns and you express your own concern to them. You offer to look out for the student and even give him extra support and attention.

You are clearly taking the problem seriously and you have taken steps to deal with it.

Taking the time to meet with the parents and discuss their concerns demonstrates to them that you are taking the situation seriously. Student 1 is receiving appropriate attention for the situation he is facing.

This response only resolves the specific incident experienced by Student 1. Without a comprehensive, whole school approach, attitudes will remain the same and bullying will continue for Student 1 and others who are targeted.

You are not taking advantage of this opportunity to provide support and to foster reflection, learning, growth and change for all students involved in this specific incident.

2You speak with the other teachers about the bullying experienced by the Métis students. Together you create an intervention plan in order to ensure their safety and to facilitate the development of a kinder environment for this group of students and for everyone.

Your commitment to ensuring the safety and wellbeing of the aboriginal students and of all students is clear. You are making important steps toward eradicating the large-scale problem of “ghettoization” caused by racism and xenophobia.

By engaging others’ participation you’ve ensured the representation of different points of view and access to different resources. This infuses the process with greater creativity in meeting your objectives and supports the goal of developing a comprehensive approach.

You might want to engage the students as well at this stage, so that they can participate in the development and not only in the implementation of the intervention plan. Adopting this approach is likely to generate greater buy-in on the part of the students thereby increasing their commitment.

Any plan aimed at generating and supporting a commitment to inclusion needs to make explicit reference to bullying, racism, xenophobia and other forms of inequity and exclusion. The school can launch a process of reflection identifying measures to increase commitment toward respect for diversity and human rights and to develop a safer, more inclusive and accepting environment for all students. Training is an important component to facilitate this process. Considering what has occurred, you could choose to revisit the school calendar in order to integrate activities focused on equity and inclusive education, including training for all members of the school community.

3You decide to take care of Student 1 yourself, intervening with attentive and appropriate care, providing him with support and following up with him until the incident in question has been resolved.

You are clearly taking the problem seriously and you have taken steps to deal with it.

By taking time to deal with the problem you are sending a message that that it is serious and needs to be resolved. You’re supporting Student 1 and attending to his needs.

You have not addressed the underlying issues, related to bullying, discrimination and social exclusion. This option will not lead to a change in the school culture. Ensuring real and long-lasting change requires the implementation of a comprehensive plan that engages the participation not only of the students involved in the specific incident, but of all members of the school community. Linking a broad vision and articulated values with concrete activities and a realistic action plan ensures a coherent approach.

✓Explanation of the recommended response.

Key concept:All three answers contain parts of a recommended response; none of the three is complete on its own. Answers 1 and 3 both ensure intervention with resource people and with some of the parties involved in the situation: the targeted student, the parents of that student, school support staff, and the school administration. However, based on these two answers, several parties are not involved in resolving this issue, for example: the witnesses, the student(s) who bullied or supported the bullying and their parents. Intervention to interrupt specific incidents of bullying is always an indispensable aspect of bullying prevention; such intervention increases adults’ credibility from students’ perspective. Answer 2 provides an opportunity to begin working at a collective level toward a shift in the school culture; however, many members of the school community are excluded from the process (students, parents, support staff, administration), and training is necessary to facilitate a change in attitudes and beliefs that underlie bullying based on racism (and other forms of discrimination).