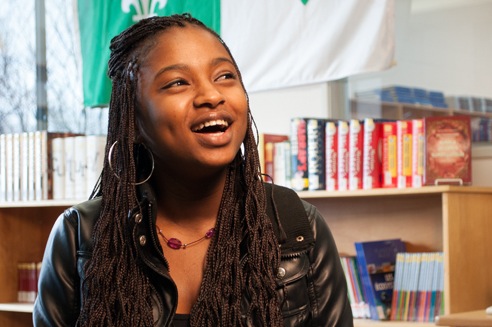 Unfortunately bullying continues to be a widespread phenomenon that has a serious and negative impact on our schools and our communities. As we seek ways to address the challenge, we need to identify the various psychosocial factors that perpetuate the problem.

My little brother is really suffering in his school. He has problems; he’s different and he seems weak. He doesn’t understand, but I can see it’s not fair.
-Student, 8th grade
Step 1: Set the Scene
Step 2: Increase Awareness
Step 3: Put it into Practice
Step 4: Evaluate your Learning


A student approached a COPA facilitator following a workshop in his class to tell him about his friend who got bullied a lot. The situation had been going on for a long time. A couple of boys would yell at his friend and call him names. Whenever it happened, the student would yell back and call them names, in an effort to defend his friend.

Then, the student shared the following insight with the facilitator: "I'm just so glad you all came and talked to us about our rights and responsibilities and stuff. Because now I see, when I yell back at them, I'm doing something wrong, too. I want to figure out some other stuff I can do that won't take away their rights."

This student had realized that he was hurting other people, and he had the courage to make a different choice, breaking the cycle of violence.


A student approached his teacher, telling her he was being bullied. She explored the situation with him to see what he needed and also spoke to the student doing the bullying.

Through her intervention with the student doing the bullying, the teacher learned that he was very ashamed of his behaviour. The student made immediate changes to stop the bullying behaviour and revealed that he was having a hard time in school because he was a newcomer and didn't speak English very well. In an attempt to hide this perceived vulnerability, he was picking on others.