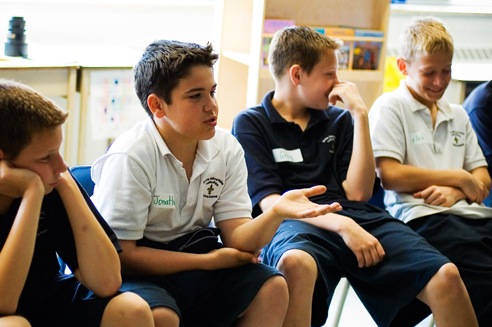 Bullying is a painful, damaging, and potentially life-threatening experience with effects that can last far beyond childhood. Understanding bullying, what it is and how it affects all young people and indeed all of us, is a necessary first step to preventing this behaviour. Ultimately, the goal is to ensure that each and every child and teen is safe, strong and free. (This slogan was created in 1978 by staff at a sexual assault centre in Columbus, Ohio. It forms the conceptual basis of all of COPA’s work and of the Safe@School initiative.) .

Typically, bullying is repetitive behaviour; it might also show up as a single event, often with the threat of repetition. It can take the form of social rejection, physical force or coercion, psychological intimidation or threats (overt or subtle).

Psychological: For example, threatening or manipulating others, social aggression (for example, excluding others, gossiping or spreading rumours)

Bullying can occur anywhere (even on-line). Bullying among students at school can take place in hallways, classrooms, locker rooms, schoolyards, gymnasiums, libraries, during assemblies and school outings, on school buses. It can occur on the way to and from school, using cell phones, or from home using the Internet. People who bully others may act alone or in groups. They may target one person, or two, or even a group.

THE DEFINITION OF BULLYING: The Education Act was amended by Bill 13 (called the Accepting Schools Act) and became effective September 1, 2012. This new law is designed to help reduce bullying in schools, and requires all school boards to take action on bullying and prevent it.

Here is an excerpt of the new definition:

Bullying refers to aggressive and typically repeated behaviour by a student where:
a) the behaviour is intended to have the effect of, or the student ought to know that the behaviour would be likely to have the effect of:
(i) causing harm, fear or distress to another, including physical, psychological, social or academic harm, harm to the individual’s reputation or harm to their property, or (ii) creating a negative environment at a school for another individual, and
(b) the behaviour occurs in a context where there is a real or perceived power imbalance between the student and the individual based on factors such as size, strength, age, intelligence, peer group power, economic status, social status, religion, ethnic origin, sexual orientation, family circumstances, gender, gender identity, gender expression, race, disability or the receipt of special education. Bullying behaviour includes the use of any physical, verbal, electronic, written or other means.

Electronic means (commonly known as cyber-bullying), includes:
(a) creating a web page or a blog in which the creator assumes the identity of another person;
(b) impersonating another person as the author of content or messages posted on the internet; and,
(c) communicating material electronically to more than one individual or posting material on a website that may be accessed by one or more individuals.

How widespread is the problem?


Unfortunately bullying is not uncommon in our schools. Les Parsons, a Canadian expert on bullying prevention, states that somewhere between one-third and three-quarters of all students have been involved in bullying situations. Research conducted by the University of Calgary showed that half of the students in their study had been bullied.

It is a sad reality that an increase in the use of electronic media has provided some students with new ways to bully others, a type of bullying known as cyber-bullying. A study by York Region Health Services shows that among students who use chat rooms and instant messaging, 25% report receiving bullying messages, 14% have been threatened on the Internet and 16% admit to having posted threatening messages.

Very little bullying is formally recorded, and a number of studies have found that a significant amount of bullying in schools is never disclosed or reported, perhaps up to 80%. Young people who are targeted by cyber-bullying are often reluctant to report the abuse – often because they fear their parents are likely to restrict their access to computers and the Internet. 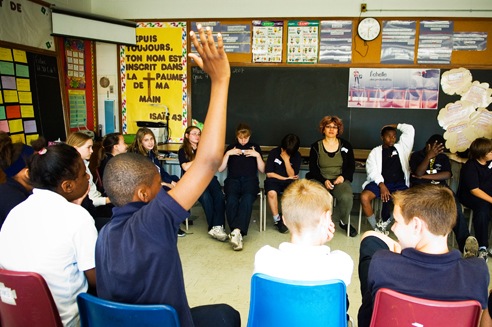 Who is targeted through bullying?


There is no inherent logic or common feature that explains why the student who bullies others chooses a particular student as a target. Students who carry out acts of bullying are seeking power and choose to obtain it through the abuse of others. No explanation or justification is necessary.

In 2008, COPA led a survey of students in Ontario high schools. The results revealed that most students who were surveyed believed that a lack of respect for differences was the fundamental cause of bullying. Based on comments by students who had witnessed acts of bullying, researchers concluded that commonly among high school students, differences were associated with weakness and vulnerability. The results of the survey also indicated “… that the type of difference wasn’t important; if a person wanted to bullying someone, they would find a pretext to do so.”

Academic success, an intellectual or physical difference, a perceived difference in someone’s way of speaking or personality, or their socioeconomic situation were all reason enough to target someone. An individual’s behaviour, their social circle, or even the way they dress or the way they look could serve the purposes of a student who is seeking a means of inflicting harm and suffering on someone.

The person who bullies has their own internal logic to justify their behaviour; the person they target is never to blame.

(Note: References for information presented in this section can be found in COPA’s bullying prevention guide for teachers, developed in partnership with the Ontario Teachers’ Federation, entitled: “Creating Safe Schools: A Bullying Prevention Guide for Teachers”.)